– AJ Michalka has begun filming a western movie called ‘Jesus In Cowboy Boots’. The above picture is from the set. AJ told fans how excited she is about the movie because she has always wanted to film a western. Looking forward to hearing more news about your upcoming film AJ! 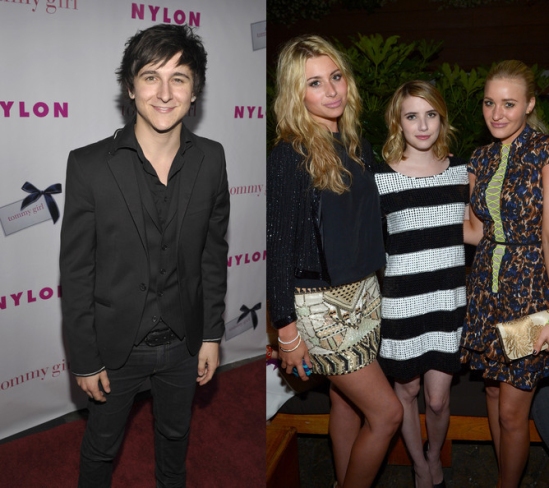 Several of our favorite young stars attended the NYLON Magazine And Tommy Girl Celebrate The Annual May Young Hollywood Issue Party last night, May 9, at the Hollywood Roosevelt Hotel in Hollywood. Chelsea Kane was joined by her Baby Daddy cast while Aly and AJ Michalka mingled with Emma Roberts. END_OF_DOCUMENT_TOKEN_TO_BE_REPLACED

– Aly And A.J Michalka participated in the The Original Renaissance PleasureFaire in Irwindale, CA on May 5th. The ladies went medieval and even took part in archery activities. Be sure to check out more photo’s of the fun sisters below the cut!  END_OF_DOCUMENT_TOKEN_TO_BE_REPLACED

This picture was uploaded while AJ added — “Love you girls so much. @mileycyrus @thebrandicyrus Brenda and Willow : ) Aly’s missing in action here

Xo AJ” What do you think, do the girls look good? 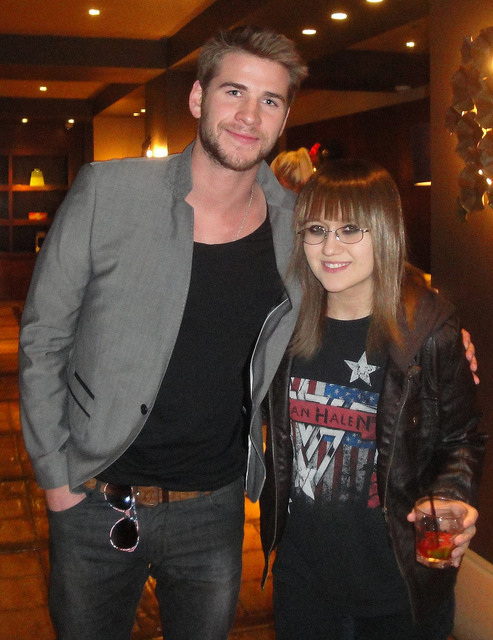 – Miley Cyrus turns 19 on Wednesday,  but RumorFix has learned exclusively that her birthday blow-out Tuesday night was a big bust. Sources tell RumorFix that the former Hannah Montana star rented out the Beachers Madhouse in Hollywood for a private party, but didn’t show up until about 2 a.m. to apologize. END_OF_DOCUMENT_TOKEN_TO_BE_REPLACED

Getting ready for a hard day’s work, Ashley Tisdale and Aly Michalka suited up in their cheer-leading outfits to film scenes for “Hellcats” in Vancouver, Canada on Monday (March 14). The “High School Musical” star was busy chatting on her cell phone before her scene began, while her “Potential Break-Up Song” singer co-star patiently awaited her turn in front of the cameras. END_OF_DOCUMENT_TOKEN_TO_BE_REPLACED

AJ Michalka holds sister Aly close while being reunited on the set of ‘Hellcats’. AJ tweeted:”Aly and I after a long day on Hellcats! Had an amazing shoot, more to come.” AJ has recently joined the ‘Hellcats’ cast with her sister for a multi-episode arc beginning with “Remember When” airing on February 8th on the CW.

– Aly Michalka gives an exclusive preview of what’s to come for her character Marti when “Hellcats” returns with new episodes on a new night: Tuesday January 25 at 9/8c. thx vintage_megan.

You can’t keep sisters as close as Aly and AJ Michalka apart for long! Zap2it confirms that AJ has been tapped for a recurring role on her sister’s series, “Hellcats.” AJ, who recently appeared in Disney’s “Secretariat,” will make her CW debut in the second half of the season as a girl who works at a record store near Lancer University. END_OF_DOCUMENT_TOKEN_TO_BE_REPLACED

Outfit of the week:

Grabbing a quick afternoon pick me up, Miley Cyrus was spotted picking up a coffee at a Starbucks near her home in Toluca Lake, CA on Monday (June 25).